Learning how to grow crops more efficiently is a process all new farmers go through at some point. If you’ve decided to start cultivating multiple crops at once, it can be tricky to figure out the best system to implement.

Multiple cropping (also known as multicropping) refers to the process of growing two or more crops simultaneously on the same piece of land. The two main types of multicropping are intercropping and succession cropping.

Before you pick your method, It’s important to consider that certain types of multicropping won’t work for everyone. In this article, we’ll take a deep dive into the world of multiple cropping, including the pros and cons, and the elements of each system.

What Is Multiple Cropping?

In the agricultural world, there are two main methods of growing crops:

Monoculture farming rose in popularity in the second half of the 20th century and continues to account for most of our food and other crops in the United States.

On the surface, it seems like the best process; growing one crop at a time allows the farmer to focus on one crop, fine-tune the process, and develop a specialization. Many assume that this leads to more profit and is better for both the farmer and the consumer.

Monocropping, however, has become increasingly controversial as we learn of the risks. As farmers maintain a single crop continuously, any pests or diseases that crop is prone to get transferred to the next season’s crop.

More pesticides and herbicides are then used to control pests and diseases.  Over time, the quality and amount of crops harvested on the land begin to decline.

In turn, the soil erodes, causing severe issues, eventually rendering the land infertile. The long-term economic and environmental risks involved in monocropping are hard to overlook, especially when they could easily be avoided.

There are many ways to avoid the pitfalls of monocropping, including multicropping. This practice is meant to increase agricultural production, diversify available food, and benefit the environment.

There are several different types of multicropping, such as succession cropping and intercropping, all with their own advantages.

The importance of multiple cropping is becoming more evident as time goes on. As the world’s population continues to increase, so does the necessity for food and increased production rates.

Since multicropping has started to creep into the foreground, and more research has been completed, scientists are discovering many significant benefits of the process. Some of the biggest advantages include:

Multiple cropping is not without its drawbacks. Here are some essential things to consider when considering growing numerous crops at a time:

Any challenge that might be associated with multicropping, however, is easy to overlook considering the advantages. There are countless ways to arrange your crops to suit your needs and overcome potential disadvantages.

Multiple cropping is a general term used to describe the process of growing more than one crop at a time.

There are two main farming systems that can be categorized as multicropping, including:

The type of multicropping you decide to use depends on which crops you’ll be growing since some are better suited for specific methods.

Succession cropping is particularly common in tropical climates. Farmers in these warm, humid areas have more time to grow and harvest crops since growing conditions are more favorable.

Succession cropping can be broken into several sub-types:

Double cropping is when two crops are planted together on the same land in the same year. Examples of standard dual cropping systems include:

Triple cropping involves growing three crops in sequence on the same land during the same year. In Florida, for example, a common triple succession is a small grain, then corn, then forage sorghum.

Many farmers in tropical areas can grow as many as seven crops in succession in a single year. Farms that produce this many types of crops usually plant foods that are grown and harvested quickly, such as radishes.

Ratoon cropping is a particularly efficient form of multiple cropping where a plant that was recently harvested can regrow from the root or stem of the previous crop. Sugar cane, pineapple, banana, rice, and okra are all examples of ratoon crops.

Often known as interplanting, intercropping is another common method in tropical farmlands that can sustain a wide variety of crops simultaneously. Depending on the type of plant, crops can be cultivated at the same or different times.

Here are the different types of intercropping systems:

In relay intercropping, the growth of one crop overlaps with another crop. With this process, you must select plants that work together regarding their growth and the planting process. For example, when you have one crop planted, the second crop needs to be sown in a way that won’t disturb the growth of the first.

It’s also important to make sure that your crops won’t detrimentally compete with one another. This could reduce your efficiency and decrease your harvest.

Strip cropping involves at least two crops growing simultaneously in alternating strips. This allows the farmer enough space to manage each crop independently while still allowing plants to interact with each other beneficially.

Some advantages of strip intercropping include:

Row intercropping is when two or more crops are planted together in the same row. Farmers who use this method successfully pay attention to the combination of crops used, how they’re spaced, and planting dates.

Like with the other forms of intercropping, it’s also vital to ensure that there won’t be significant competition between crops. One typical example of row intercropping is maize with soybeans or maize with oat.

Mixed intercropping is when two or more crops grow interspersed, without distinguished rows. Crops can be arranged in clusters or dispersed without a clear pattern. The arrangement you choose depends on what you’re growing and the convenience of harvesting.

The complexity of mixed intercropping can vary. It’s not unheard of for farmers to grow as many as 100 or more different crops at the same time. Some common examples of crops that are often mixed include legumes, cereals, tubers, and trees.

Not only does mixed intercropping provide a more extensive harvest selection, but it also spreads the labor more evenly over time.

The systems to choose from might seem overwhelming at first when it comes to multiple cropping. Fortunately, hundreds of generations before you have figured out the kinks. The U.S. Department of Agriculture’s website is a great place to start for more education and resources.

I hope you found this article helpful – is so, please share it with someone who can use the information.

About the author:
Kathryn is a plant enthusiast and freelance content writer who specializes in home and garden topics. Based in New York, you can get in touch with Kathryn at https://kathrynflegal.journoportfolio.com/. 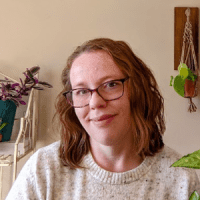 Whether hanging from your porch ceiling or next to your window, hanging planters add style, color and life to your decor. Hanging planters are plant pots or baskets that are suspended rather than...

Whether you’re starting an orchard or growing a couple of trees at home, picking and enjoying apples from your own trees is incredibly rewarding.  Apple trees come in many different...